Po válce jsem, tam nemám už nic / After the War I Am, There I Have Nothing

Video installation for Ukradená galerie, Prague.
The Ministry of the Interior of the Czech Republic, Department of Asylum and Migration Policy.
18. 2. 2016. Curated by Jakub Rajnoch. 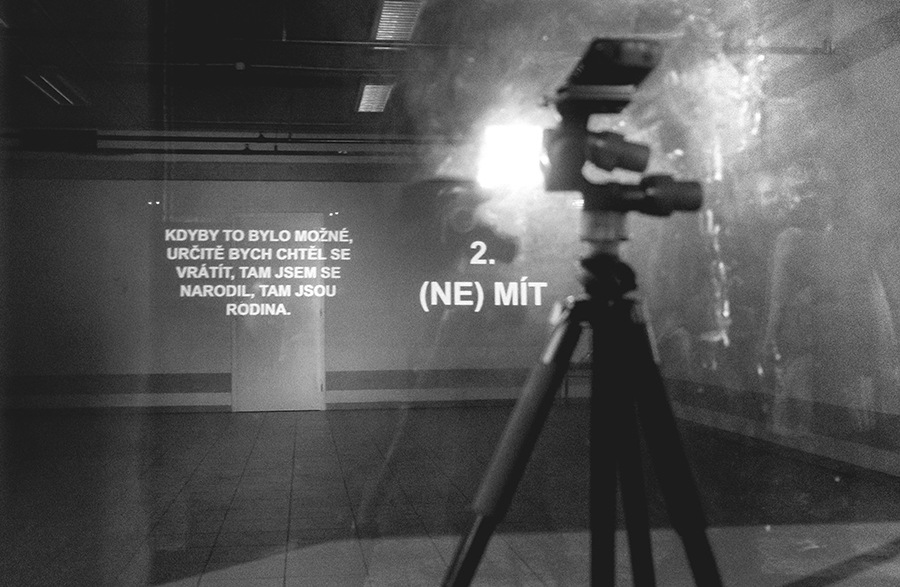 The piece is composed of sentences written by my students, who were asylum seekers in the Czech Republic, during their lessons in the Czech language.

I used their writing in its authentic form, without correcting any mistakes. Therefore, a native speaker usually understands the meaning without any difficulty, but sometimes he has to put some effort into understading what is being said. And sometimes the content of the message is barely recognizible because of the grammatical and lexical mistakes, which have shifted the meaning in an unpredictable direction. This fact, which might be a source of a poetic and fresh way of looking at language from the perspective of a native speaker, turns communication into a source of frustration for asylum seekers, since for them the command of language plays a crucial role in adjusting to their new home. 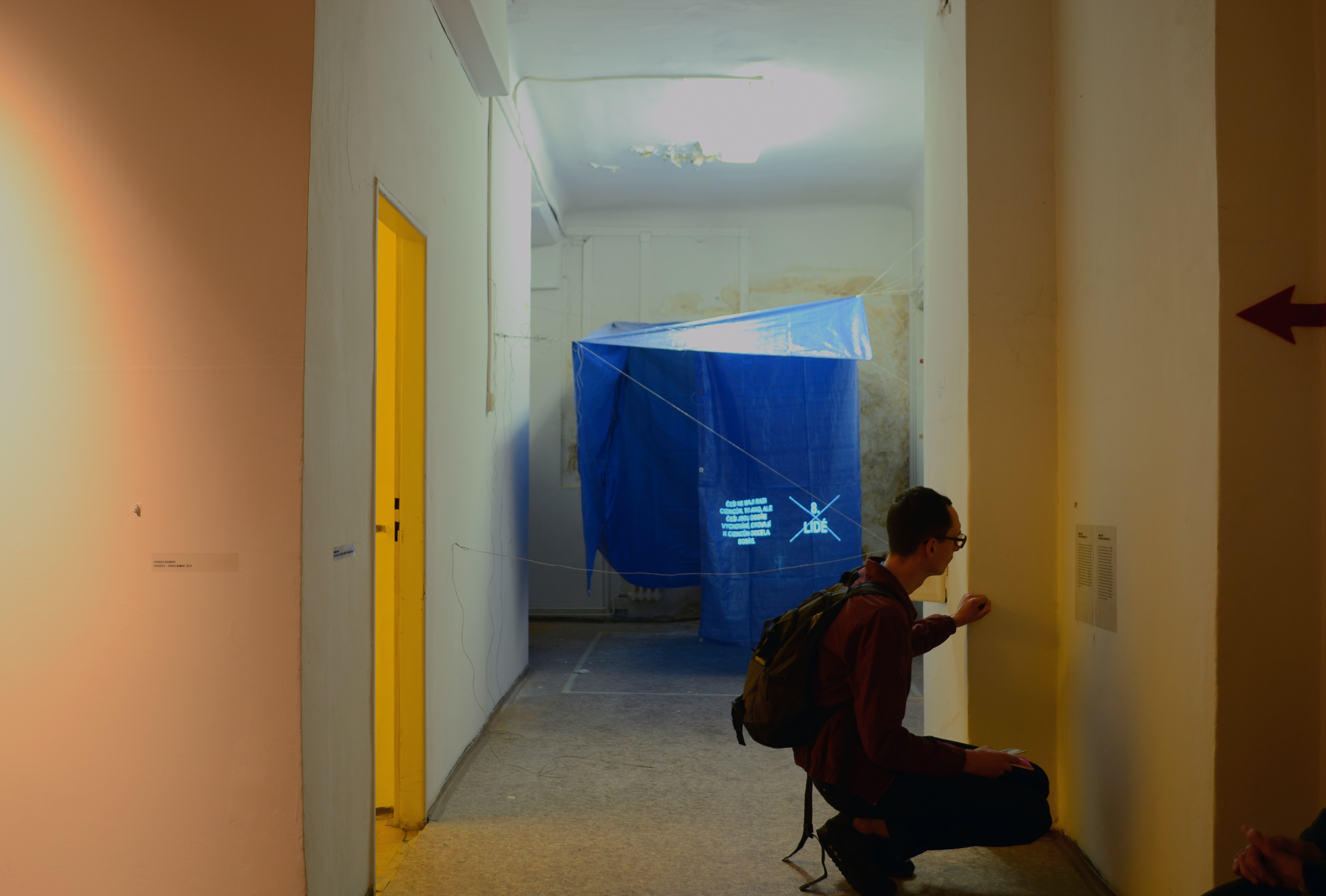 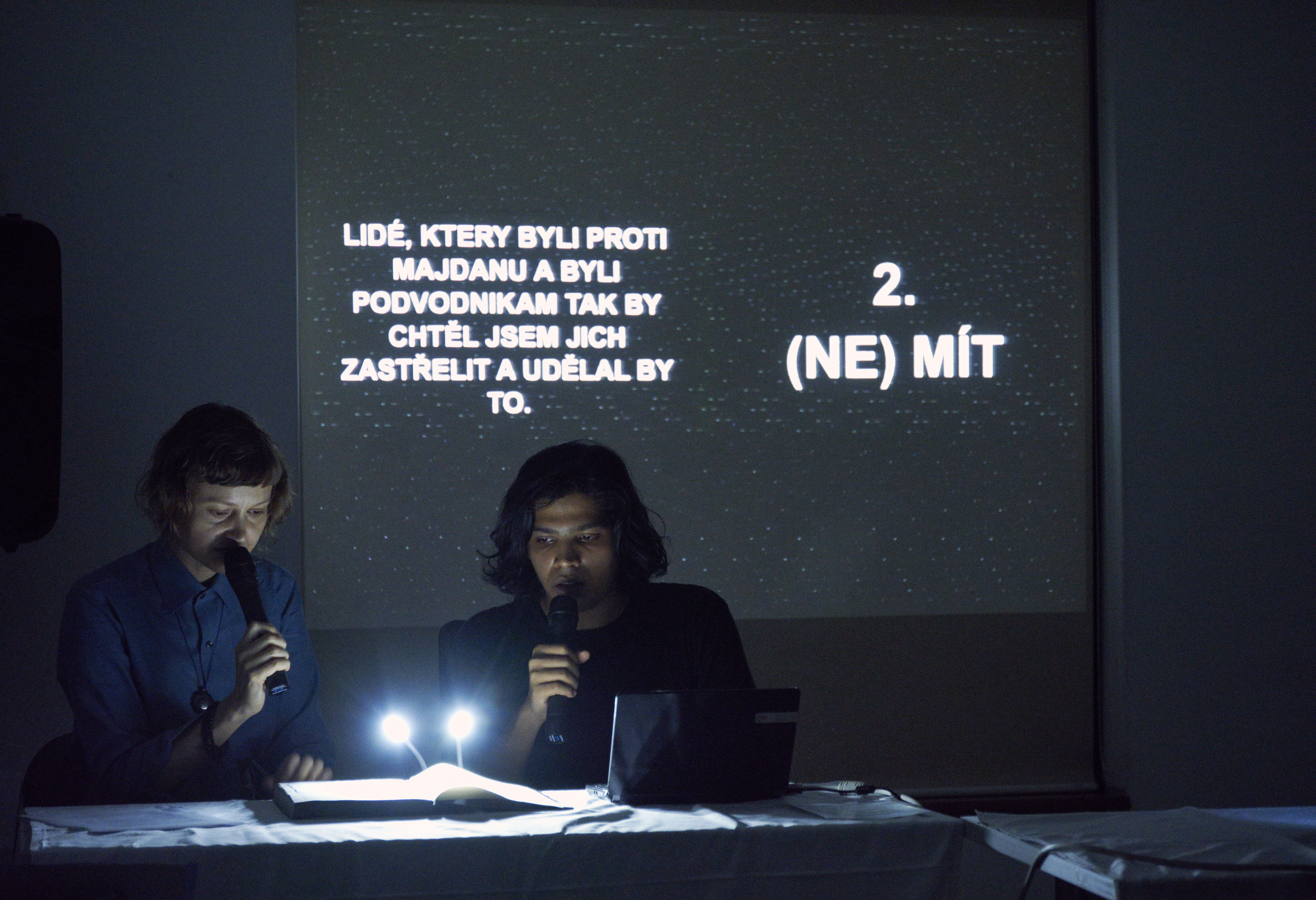